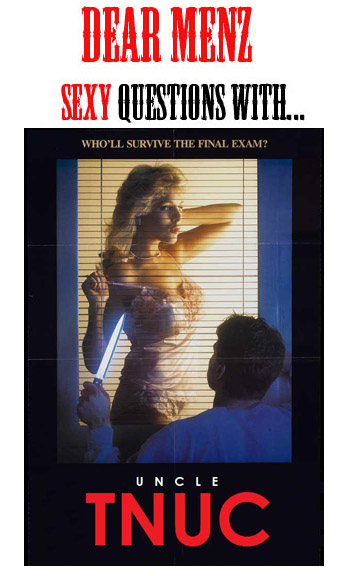 TNUC can best be described as a master of combining visual and aural stimulation…as well as an obscure 80’s film king, dream warrior, fellow pizza lover and a fan of Staymoist. Whenever I need any of those things, which is all the time, I visit his blog. Bookmark that boner immediately. TNUC also partners up with my favorite dj duo/ past Dear Menz interviewees Futurecop! quite often for collaborations including the video for upcoming single “1988 Girls.” Be on the lookout for that as well as more videos and the TNUC BONER OF THE MONTH CLUB! Sounds like a Male marie if you ask me. How could I not ask this Casanova to be our latest Dear Menz guest? Out of the bevy of ass-kicking 80’s babes, which one would you want at your side helping you fight crime?

Vanity. Hands down. If you’re one of the few and one of the proud to catch her in Never too Young to Die, you already know the facts. When she’s not strapped to the back of your motor-bike, ready to fight post-nuke vigilantes, then she’s probably strapped to your Johnson, or playing a game of cat and mouse with you until the tension can’t bear anymore, and the two of you are forced to take it to the bedroom, where the moment you start fornicating, saxophone immediately starts playing. What a woman.

Your readers voted on who was more bonerable: Kelly Kapowski or Kelly Bundy, which is ultimately a good girl versus bad girl battle. Kapowski won! Why do you think that? Doesn’t everyone know naughty girls need love too?

Kapowski winning is no surprise. She’s the more accessible one, and the one you would have ZERO worries about bringing home to Mom. Don’t get me wrong, she’s delicious, but I’m a 345% supporter of the Buxom-Bundy. I guess Kapowski could make for a good peeping tom session, hanging from a tree limb with binoculars, peeking in on a Bayside Friday night slumber party. Another plus to the Bundy camp is the obvious connection to legend Al Bundy. I don’t know why people aren’t picking up on this. Drinking beers, reminiscing about high school football and delving into the art of the shoe business…c’mon now. Which Goonie do you identify with most and why?

That’s difficult. My immediate answer that came to mind is Mouth (Corey Feldman). But I suppose for me, that connection is only based on his moves and style. You know, the members only jacket, purple reign t-shirt and the bouncing, flopping hair. But the more I think about it, TNUC could associate with Sloth on so many levels. Sloth was chained in that dingy basement for so many years and TNUC was chained in the dreaded 90’s for so many years. So we could really relate to one another and get intellectual. Then again I could always go the route of Mikey (Sean Astin). He’s more of the dreamer, the chaser, the true Goonie. My final answer? How about THE STYLE OF “MOUTH”, THE HEART OF “SLOTH” AND THE SOUL OF “MIKEY”…..that’s it.

It is one of my lifetime goals to DO IT in a DeLorean. I’m sure this is an everyday humdrum activity for a stud like thee TNUC. What should I be prepared for when I finally acquire this vehicle for my “autoerotic” fantasies?

Greatest question ever. This one truly digs deep in the loins of TNUC. OK, so you’ve acquired the DeLorean, the hard parts over. Next, make sure your metallic beast is equipped with an automatic fog dispenser. That’s first and foremost on the check-list. Lucky for me, mine just happened to come with it. The dealer asked me if I wanted the model with the Flux Capacitor or the model with the Fog Dispenser, so naturally I went with the right decision. So anyways, here’s an example of my first sexual episode involving a DeLorean. Do you remember the part in Karate Kid, where Daniel the Dingus and his Mom drive the station-wagon to go pick up Ali (Elisabeth Shue) for the date at Golf N’ Stuff? Well, there’s a part when Daniel and his Mother are driving where the camera pans a little to the left. You can barely see it, but if you look verrrry closely you can see a DeLorean. Well, that very night TNUC just happned to be cruising around the Valley. This chug-a-lug station-wagon wouldn’t get out of my way, so I swerved around it, leaving the station-wagon in a cloud of fog. Something caught my attention. This big house on a hill was beaming with camera-crews, crowds of people, film equipment and at the very top, near the doorway, a very exquisite looking Elisabeth Shue standing alone. Immediately I pulled into the driveway. People started starting with looks of shock and sheer terror, did a mysterious DeLorean really just arrive on-set and could possibly be crashing their party? I didn’t care. My focus was on Elisabeth. She needed to experience the DeLorean and needed to experience the TNUC. I then used the gull-wing opening door feature and fog started pouring out of the vehicle in large amounts. The fog got so intense, people started to freak out and others were being lost in its thick mass. I knew this was my only chance to make a run for it and get the girl! Before I could step out of the car, Elisabeth was already in it. She had this hallucinogenic, almost possessed look on her face, as if the fog had put her into some sort of trance. All I know is, I was happy. She told me she’d never felt like this before and that she wanted to be taken. That was enough information for me. I immediately clocked in at 88 miles per hour, and the last thing anyone saw that night was a license plate that read the letters T N U C, hammering out of the driveway and into the night. The rest is history.

I would find out months later that all this was captured on camera, but the director burned it and swore never to speak on the happenings of that night ever again. I’d like to take a moment right now to target the two people who I’m on the hunt for. The director and that little worm Daniel LaRusso. You two better pray Johnny Lawrence and I don’t find you on our Yamaha Dirt-Bikes. We’re currently on the prowl, searching empty karate dojos and California beaches. If you’re found, your legs are about to be swept to death! This is just a mere example of what can happen with a DeLorean on your hands. You dressed as Uncle Jesse aka my #1 ladyboner John Stamos (Staymoist) for Halloween one year. What has the Staymoist taught you about women? HAS IT WORKED? (how dare I ask)

Well, it goes without saying that Stamos has changed my life and continues to do so. For years I channeled him with any sexual exploits I got myself into. For me, if you’re trying to impress the ladies, one obvious move is riding your Harley into the sunset, leather jacket bound, hair blowing in the wind. When doing this, you cannot forget to pack plenty of Mousse. Use plenty of mousse and don’t be afraid to throw some Aqua-Net in there as well. I’ve heard some guys carry condoms in their wallets, well so do I, but the difference is that when you tear open the rubber in my wallet, the only thing inside is a nice travel size squirt of Mousse! For dire situations.

Stamos has also influenced me in terms of style. You can’t go wrong with a daily get-up of a leather jacket, teal shirt and a pair of snakeskin boots. Chicks also faint at the sight of a dangling earring in the left ear, either a cross or a feather. The vampire clan in The Lost Boys also carried this trend. The foolish crew on Full House wouldn’t let poor Stamos rock an earring on set, like the time they refused to film him riding over the Golden Gate bridge with a naked Becky straddling him and his bike. I hope this information was useful. Good luck kids of America, may your Stamos continue to soar!

And of course since it is Spooky Awareness Month, I have to ask you which scream queen gives you a supernatural boner?

My boner gets ultra supernatural whenever Sheri Moon Zombi hits the screen. She may not have too many classics or enough filmography under her belt, but who cares. I could have said Jamie Lee Curtis or Linda Blair, but c’mon, we’re talking about BONERS here! Sheri Moon for sure. Boner Jams all night. 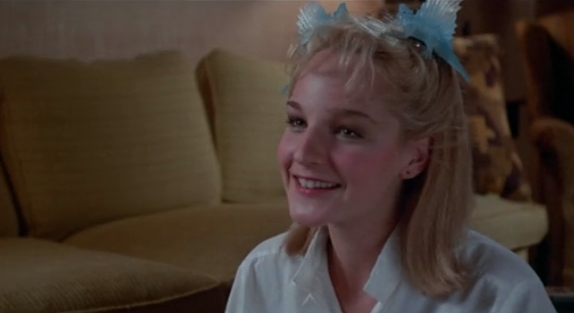 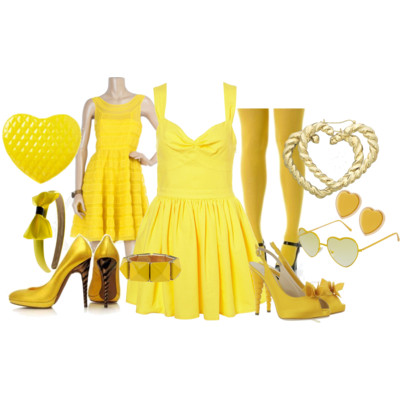