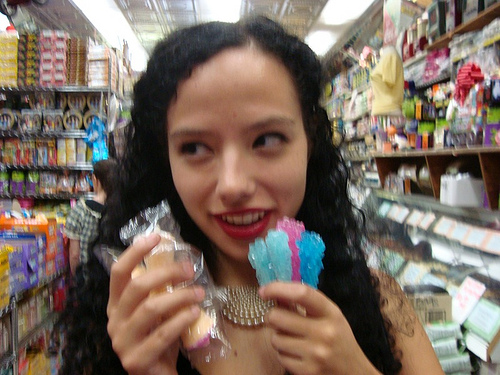 On the most recent episode of DYNASTY, your heroine Agent Lover takes a whirlwind trip to New York City where she encounters the colorful creatures known as The Ladybloggers as well as enormous quantities of sugar.

I have never met anyone with a sweet tooth bigger than Lola’s. This girl, who was kind enough to be Star and my New York City hostess, is so fucking amazing. She explained to me the scientific link between scent and memory. Some of you might know how obsessed I am with that phenomenon. Sadly, I tried relaying the info when I was in Hollywood after the trip to a couple of my girlfriends… and that was a complete failure. I was basically playing charades and making up words. Lola, I will need you to explain it to me again so my friends don’t think I’m crazy (any moreso than usual.)

At Strawberry Fields in Central Park, we witnessed the nuptials between Gala Darling and Nubby Twiglet. Star officiated the ceremony with rings provided by Princess Poochie!

I felt the perfect wedding accessories for the brides would be one of my tacky corsages! (Big love to my bff Reyna for helping me assemble these at midnight the night before I left.) Nubby got a Michael Jackson one while Gala was presented with a Biggie Smalls wristlet. So glad you are a Biggie girl as well. We don’t need no Tupac beef up in here.

The lovely Princess Poochie and I. Girl wtf is up with that shoe collection! You are all Imelda Marcos’ing more than I ever can be! JEALOUZ!

Star looking like she’s ready to attack me! (Photo by Bianca Alexis)

Gilda I love you!! Hello Miss Adorable and a half!!

I really hate how quickly time passed. I really didn’t get to talk to everyone as much as I wanted to.  “There’s not enough time, never enough time!” (cue Jessie Spano here.) After two hours at a shindig, you’re only just beginning to loosen up, you know? (Especially when sober. Man, I sound like the biggest alchy you guys. I’m sorry. No I’m not.)

Annie Dangerpaws showed up to the party and it was the happiest surprise! She is one of my favorite Flickr pals. Her polaroid screenshots boggle my mind, they are so good! I wasn’t sure if she was serious about coming to find me. You know how we all like to make jokes on the internets about coming to find each other and all. So I left her a clue on Flickr thinking if she was really serious, she would understand. And she did!!!! This was her clue: 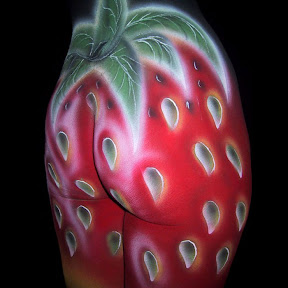 My outfit for the party was a blue Betsey Johnson dress I scored for only fitty doll-hairs! LADIES, I have discovered a secret. The Betsey Johnson outlet during fashion week is the place to be. They were trying to get rid of their last season dresses with a “Buy One, Get One Free” type of sale. Umm..HELLO! That was a nice surprise.

A long time ago I bought this big bow hairclip from Hollywood Toy and Costume and finally wore it! It matched the blue of my dress perfectly. When I bought it, it was attached to a crusty old barrette and lavender hairnet that was probably from the 80’s. I ripped that shit off and stuck it on a big black flower clip for some quick stylist action. Here is a closeup taken by Miss Poochie:

Nubby and I posin’ for you.

I love that ruffled Richard Chai for Target blouse I’m wearing here. When Star and I were out getting a drink, some thuggish ruggish bone gave me “the eye” so I gave him “the eye” back “for fun” and then he goes…”GOSSIP GIRL XOXO” What the f!! How he know that! How he know that!! Goddamn.

Exercising at the Hotel on Rivington with the ladies:

I swear this is the calmest looking Corn I have ever seen. Perhaps it is because Corn’s previous hosts were already knee-deep in enough booze to drown a small child by the time they donned the kernel whore suit. Did you know “whore suit” is one of my favorite phrases? My friend Nicki says it originated from a movie starring Clint Eastwood, who is…FUN FACT ALERT: who I would have been named after if I were to have been born a dude. But I digress…introducing Nubby Niblet!

After the cornsuit-clad bed jumping, I was ready to do a bit of NYC RAGIN’ before I had to go to the airport…at 7am. The newlyweds were too pooped to get in on some liquor-fueled hijinks with Star, Gilda and I, but luckily Miss Gea Philes came ready to rock n’ rawl. Gea is the artist responsible for the paperdoll and other cartoon Maries you see on the site. I finally met her in person! Can’t wait til she comes to the west coast and meets my homegirls. It will undoubtedly be a wild time.

Star and I briefly stopped in this hidden speakeasy type of place called The Back Room for a drink. I like the whole serving booze in teacups gimmick. She had a gin drink called “The Girl Friday” (yay!) and I had a ….”Velvet Hand” (some of you, please make glove thief jokes now.)

Star is my gal! I love our adventures together.

I don’t think I can ever do another just 40 HOURS IN NYC again. It gave me blue balls because there wasn’t time to do anything and I love it there! No time to visit my favorite haunts, hunt down that custom macaroni and cheese restaurant, prowl for hottie menz, do some choppin’. I didn’t even have time to buy Reyna an I <3 NYC baby tee so she had to settle for a Bluto Pez dispenser. Sorry boo! 🙁 Oh New York, I wanna come back to you and do you right, do you right!

I’ve been listening to a lot of Interpol this week. Gets me so hot. Also reminds me of NYC because the first time I went there in 2005 I saw Carlos D at The Dark Room. Delishis.
So addicted:

Interpol – “Pace is the Trick” 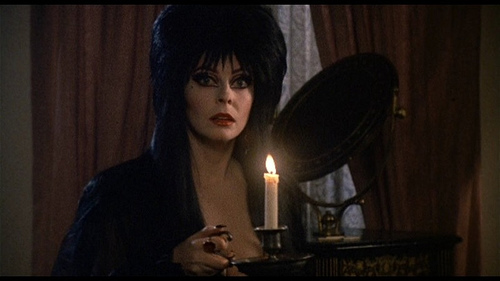 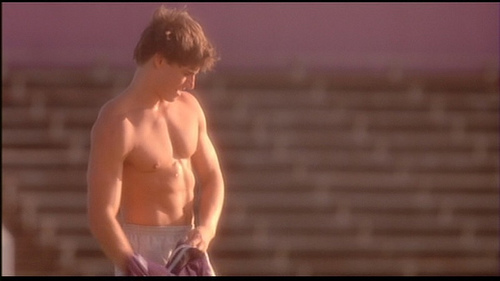 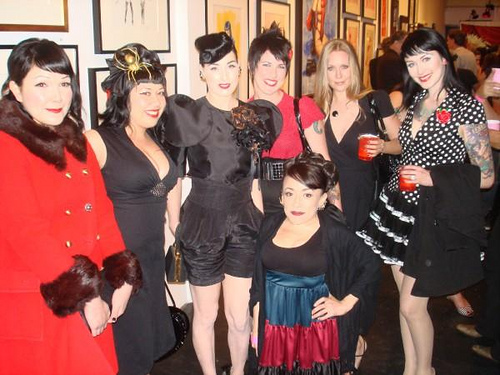 More Madonna For Yo Momma