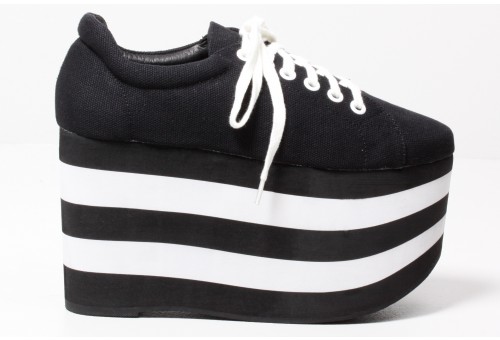 I think I speak for a lot of us when I say I have as many mixed feelings about Jeffrey Campbell as I do about guys I have hatecrushes on. On one hand, I love the JC shoes that I own, and usually have a pair or two on my wish list. On the other hand, I get turned off when he does crazy shit like ripoff the iconic Ferragamo rainbow shoe and then has the audacity to sue Forever 21 for allegedly ripping him off! (Disclaimer: this b has purposely not shopped at F21 since early 2010 so don’t think I’m “on their side” or anything) But the most amusing thing about JC to me is the epic saga of their Lita, aka the shoe that just won’t quit. Does anyone know how many versions of the Lita have been put out since their inception? It has to be over a hundred by now. SO INSANE! I bet if you spill water on a Lita it will multiply like Gremlins. Whenever a new style comes out, I imagine our pal Jeff diving into piles of gold coins like Scrooge McDuck in the beginning of Ducktales. I have tons of Lita jokes, you guys. TONS! But whatever. Ladies Love Litas and you gotta give a little respect when someone’s hustle is that strong, right?

But now…YOU DONE DID ME DIRTY JEFF. You have taken my sacred memories of being curled up into a speaker while wearing pants made of Popples sheets at the San Bernadino Masterdome and stuffed them into the form of a $130 platform sneaker. Now look, you guys know I support the comebacks of quite a few 90’s trends. After all, I came of age during that time. It’s one of the many reasons why I am so amazing and brilliant today, I’m sure.  But how dare you with these shoes, Jeffrey! Yes, it was Prada that brought the stacks back, which you also quickly banked on (gawd your hustle is so strong, bb!) At least let’s pay our respects to the club kids who made their own stacked sneakers. I knew some guys back then who could rip the asses of any smug DIY asshole these days. Then there were the clueless kids who tried building their own shoes using STYROFOAM, superglue and an orange marker. That wasn’t me btw. I had purple platform Skechers with strawberry laces myself. May I also tell you about an anonymous pal whose aunt made potted plants out of her old stacked shoes? These are the kinds of intense memories that you are stirring up for me and my friends, Jeff. I just don’t know how to feel anymore. Let’s go to my bff whose reaction was presented to me this morning when I signed back on to iChat: 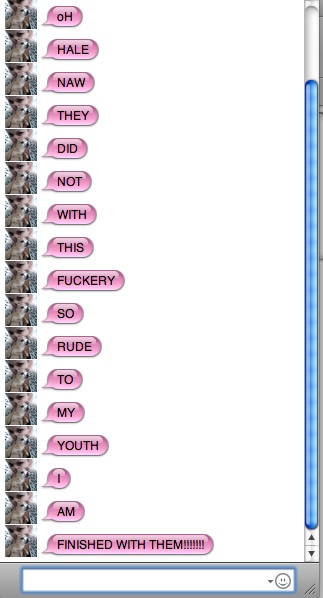 I see Jeff also made his own version of Ginger Spice’s Union Jack boots which you can buy for a mere two hundo bones!!!! You guys know you could probably just get these boots at any of the stripper stores on Hollywood Boulevard right? Sigh. Jeff, I find you vainglorious and I find you rude. Sadly, you still turn my hooves on and I know I’m going to want more of you in the future even though I hate you with the fire of a thousand suns! My question undoubtedly is this: Will the shoe whores and fashion bloggers of the world ever turn their backs on Jeff Campbell? And if so, will hoards of fashionistas gather in the streets to burn their collections of Litas? For now, I don’t see that happening. You’re a lucky man. You fucked with Judy’s rainbow shoes and you STILL got almost every Tumblr’s pussy wet with your new Cosmic Litas. Plus, there are plenty of other shoe trends from the 90’s that need to be remade and sold for thrice their original value…

DON’T EVEN THINK ABOUT IT JEFF. However, I do have a new style of Lita you might want to consider though…. 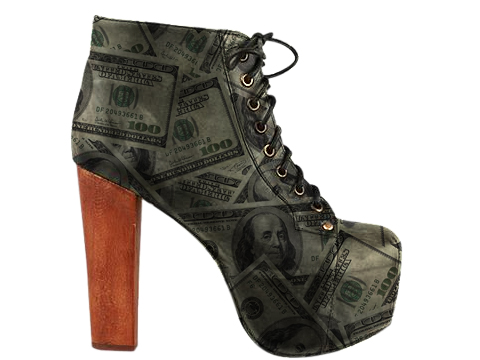