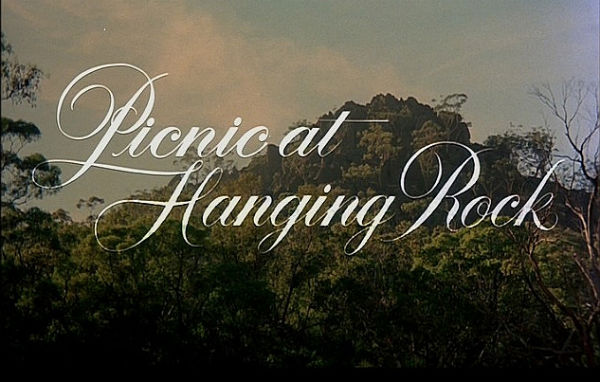 Picnic at Hanging Rock is a weird ass Australian movie from the ’70s that I love, not only for its crayness, but also for its beautiful scenery, underlining homo themes, and visions of schoolgirls frolicking in beautiful white gowns. I screencapped this movie about three or four years ago and it has been sitting in my Flickr library until now. I remembered I had them laying around after attending a new event series at Cinefamily called “Dress Up,” curated by Alia Pop, where you dress according to the theme of the movie they screen. For Picnic, I wore a short white lace dress that I got at my work’s sample sale (I didn’t have a longer dress that worked quite with this lewk) and ended up looking exactly like I did during my First Communion, no joke. This caused me to flashback to my 10th birthday party, when I asked guests to come dressed as their favorite singer. “Forever Your Girl” was the hit album of the time so I decided to go as Paula Abdul, but really just wanted an excuse to wear my First Communion dress again. DIVA!!!!  My bff Jessica also came as Paula Abdul, but straight up (now tell me) looked the part with the high ponytail and slick all-black ensemble. Seeing Jessica’s on-point outfit made me realize that I was 1. an asshole and 2. doin’ this whole dress up thang WRONG AND DIRTY. I did not do thee great Paula (PAWLA) Abdul justice. Perhaps that was the moment when THE SEED of dressing up as authentic as possible was planted in my cabeza and mayhaps one of the reasons why I take Halloween VERY seriously now. But let’s PAUZE on all this deep Paula Abdul (ME) talk and discuss this crazy ass movie. 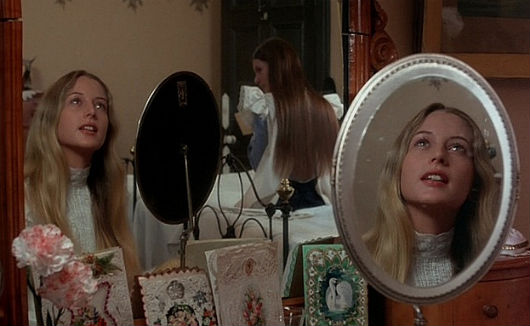 We start the movie getting to know a group of schoolgirls that attend the extremely strict Appleyard College in 1900. Miranda is thee girl everyone loves. Her classmates, teachers, the town menz, and one friend in particular, Sara…everyone is straight sprung on Miranda. Mademoiselle de Portiers, a teacher, describes Miranda as “a Botticelli angel.” Damn, can everyone PLEASE calm down?? There could be a drinking game for this. Take a swig (perhaps some sort of Australian hooch) every time someone screams Miranda in anguish or longing. You know what I see whenever I hear the name Miranda? This. 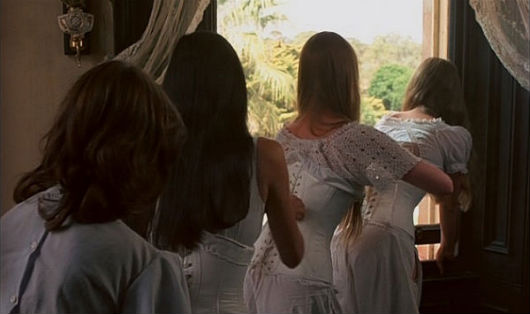 The film is rich with ultra-femme scenes like this corset-tightening train. Can you imagine having to wear that shit every goddamn day? You should see me trying to put on some shapewear sometime. Ridiculous. I look more like Fred Flinstone than one of these girls. All barefoot and squeezing into some second skin. lmao 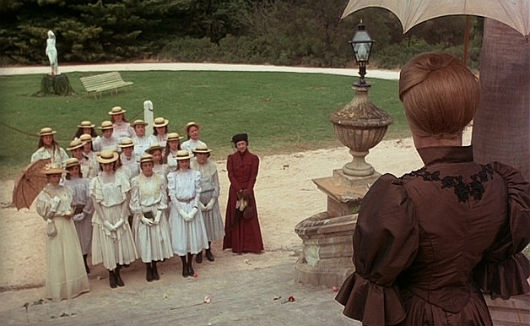 For St. Valentine’s Day, the headmistress, who I like to call The Gothest Bitch, lets the class go on an outing to Hanging Rock with a couple of the teachers. Though the movie is based on a fictional book, Hanging Rock is a real-life place in rural Australia. 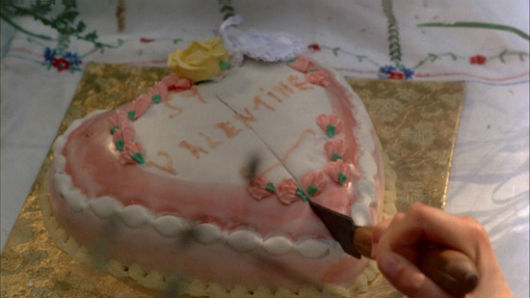 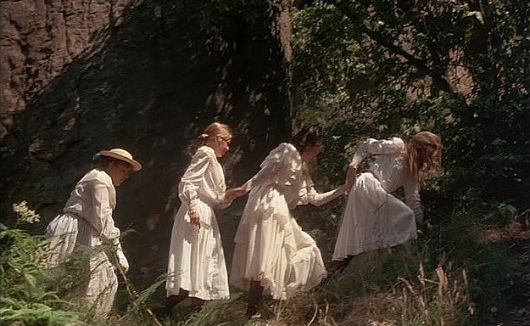 Everyone’s having a jolly good time napping, having tea, and reading at the picnic, then Miranda and three of the other girls decide to venture off to explore the rock. Probs not a good idea, chicas. 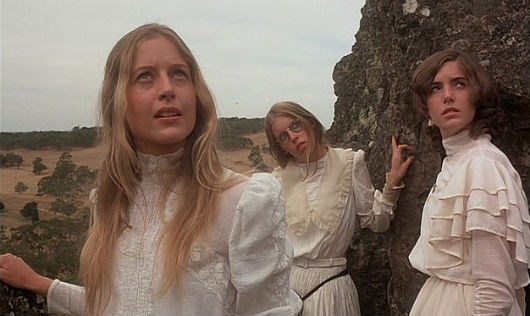 As the girls make their way up the rock, they start acting strangely by speaking in stoner talk and taking off their shoes and undergarments. Sounds like a normal Friday night with my friends but in PAHR-world, this is SHOCKING BEHAVIOR. Deviants!! One of the girls knows something is up and is all OH HELL NAW, screams, and makes her way down the mountain to alert the rest of the class. The other girls disappear….literally. 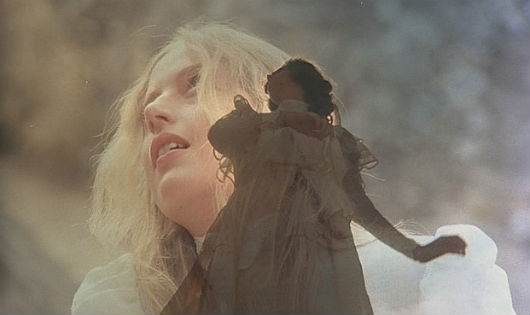 Can you imagine if they did a modern remake of this and one of the girls went missing, and was found having sex in the parking lot, trying to wear a cheeseburger like a chancla?!? Do you believe in astral projection or alt-universes? I swear sometimes I hear these stories and check myself to make sure it’s not me transporting over there. 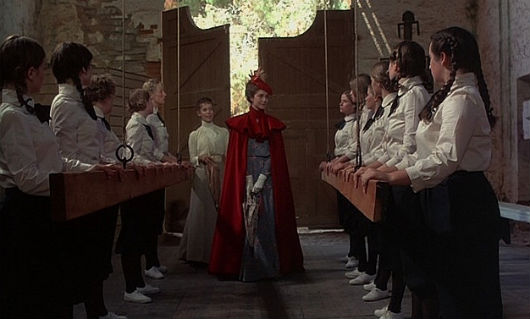 One of the girls is found, but can’t remember what happened at all. Her classmates do NOT roll out the welcome mat in this tense, yet beautifully dressed scene. You never really know what happened to the girls. I like the theory that they went into the alternate universe (probably to that cheeseburger chancla world.) There was actually a final chapter of the book that was published in 1987, three years after the author died. I won’t spoil it for you though, but believe me when I say it’s EVEN WEIRDER. Das why I loves it.. 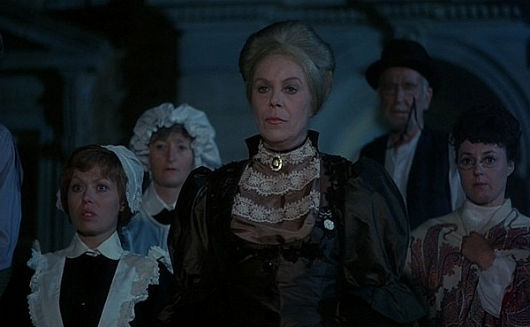 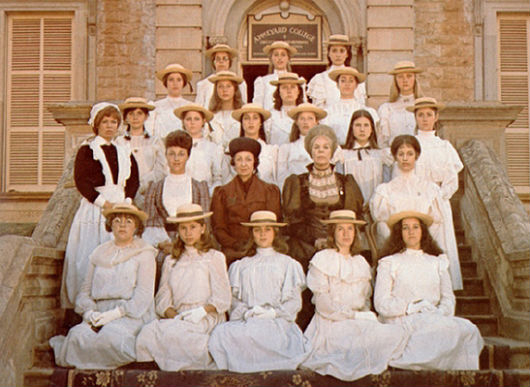 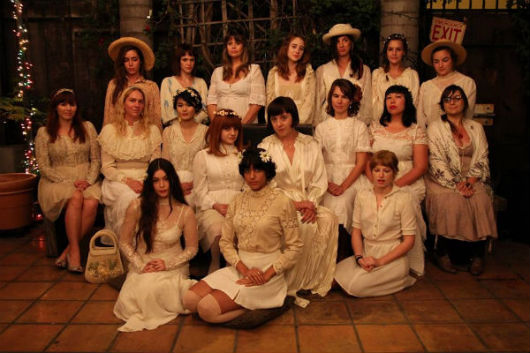 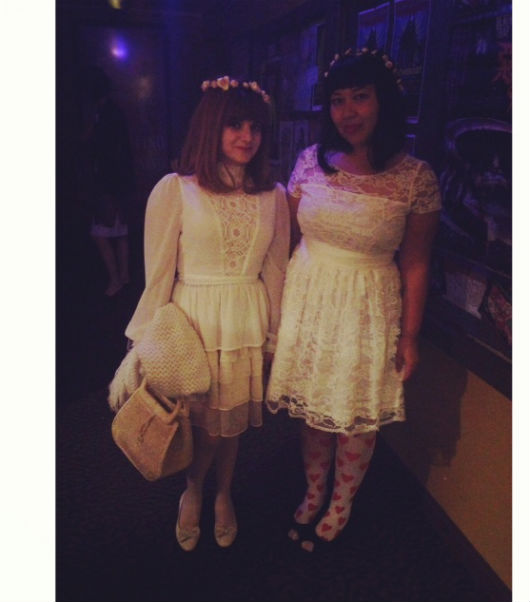 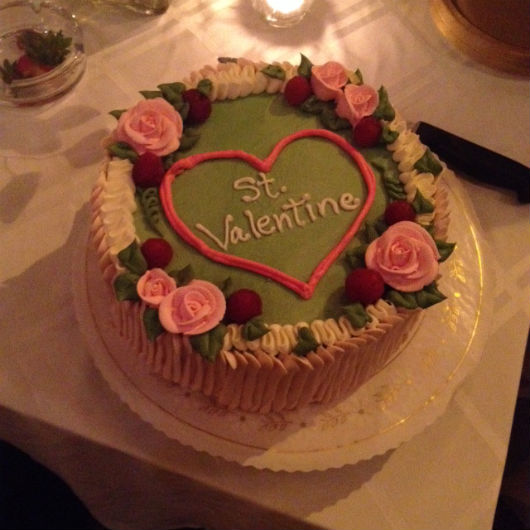 Also, I started a movie blog with some friends called Cinema Midnight. If you’re like, OH HELL NAW BETCHES. How you gonna start another blog when you are treating AL like some sorta red-headed (no offense my gingers) stepchild?? I’ll still post about all the girly//childhood/teenage nostalgia Rie shit on AL, but I wanted to start CM as a place where I could talk about other stuff like 80s horror and the Die Hard series. PLE DO TAKE A LURK if you feel inclined. Also if you want to submit a review yourself, HOLLA! 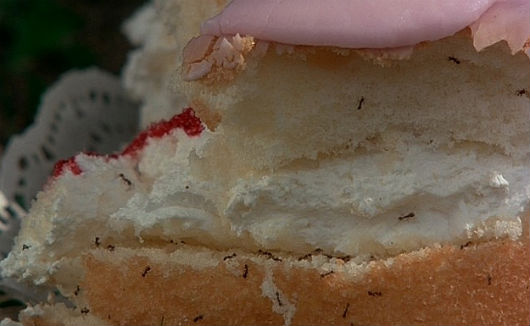