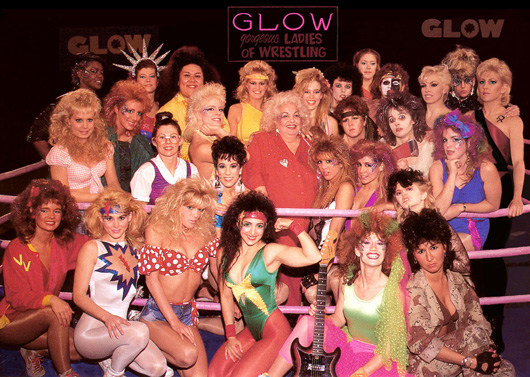 In the mid-eighties, us baby hoodrats enjoyed watching a lil’ bit of professional wrestling from time to time. Well…that’s if you had older brothers who forced you to. But really, who wouldn’t want to put down their Cabbage Patch doll for a few minutes to witness Hulk Hogan, Andre The Giant, and Randy Savage body-slam each other during Wrestlemania??? Still, there was something missing for us little ladies. We needed some girl power in that ring.  The wrestling gods answered us in 1986, when G.L.O.W., short for the Gorgeous Ladies of Wrestling, came along. 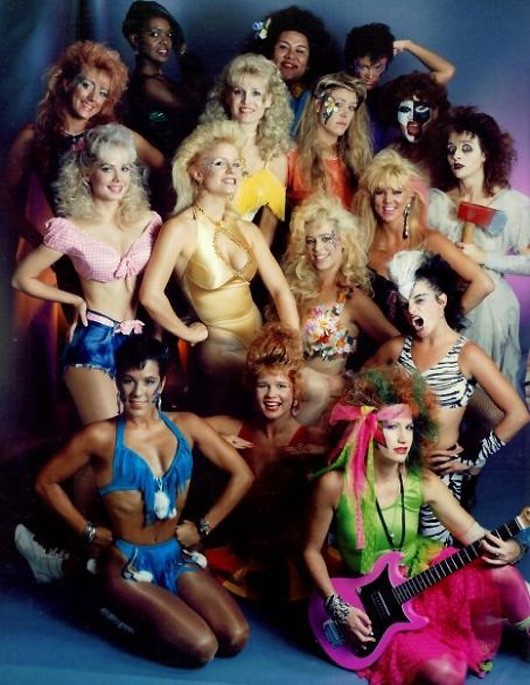 G.L.O.W. was an all-female professional wrestling show co-founded* by Jackie Stallone. Das right….Sly Stallone’s momma. BTW, did you know Jackie was also an astrologer who practiced “rumpology” a term she invented that describes a practice similar to palmistry, except you can tell someone’s future by reading their butt?? I wish I knew about rumpology when I was visiting psychics for this Rookie article. Also according to Wikipedia, “During her youth, Stallone was a trapeze artist in a circus and a chorus girl in a nightclub. She was also a hairdresser.” UMM…ok, let me get out my clipboard and list Jackie’s talents: Rumpologist, matriarch of G.L.O.W., AND she can swing from trapeze while doing hair? Hold the phone, are we obsessed with Jackie Stallone now? HELLO WHAT A RESUME! Anyway I digress… 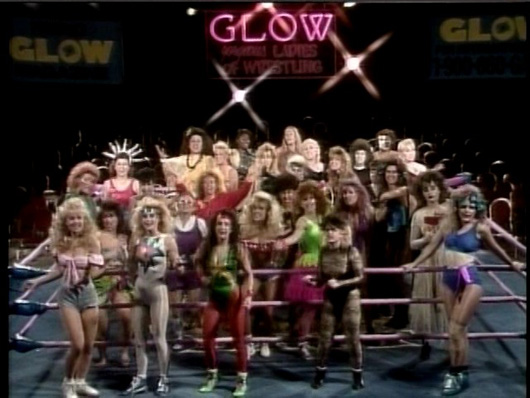 All of the G.L.O.W. girls had their own flashy personas, complete with politically-incorrect nicknames that would probably not be able to fly these days, as well as their very own rap song. They were split up in two groups – the Good Girls and the Bad Girls. Each episode included cheesy skits along with the matches. It was all big glittery hair, crazy names, neon outfits and glamorous VIOLENCE! OH YES I LOVED IT. 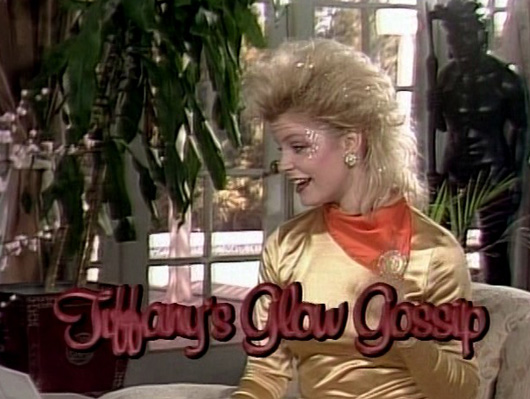 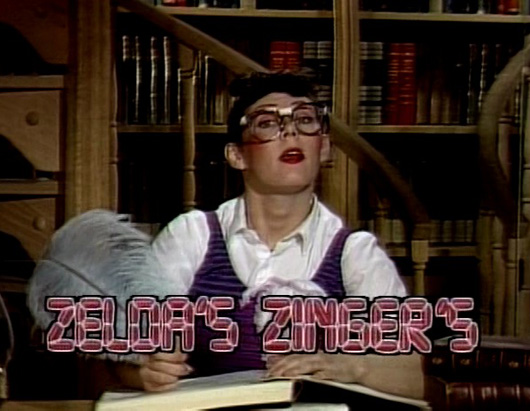 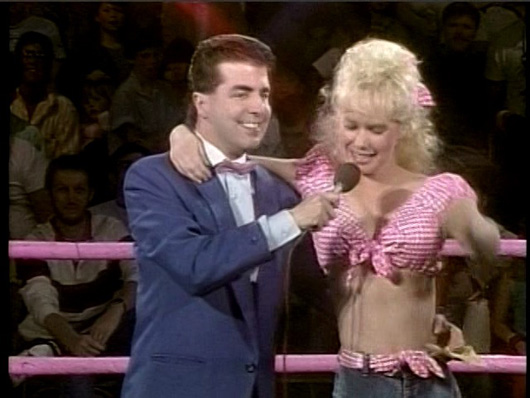 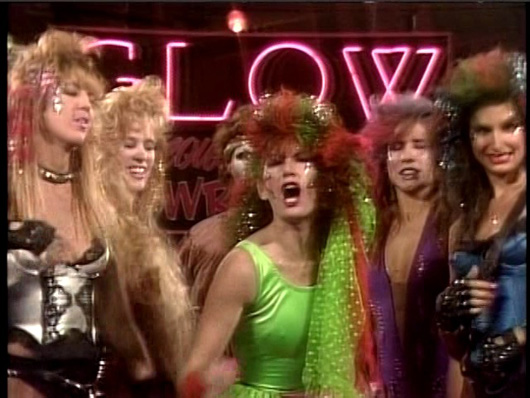 At some point, I found a Best of G.L.O.W. DVD on Netflix and basically kept it for five months (as I do) then was SHOCKED when my friend Tiffany texted me that she was at a screening for a documentary about the show and her dude’s aunt was one of the wrestlers!!! After a quick Goog, I found out it was for G.L.O.W. the Movie which was created by some fans of the show. Watch this trailer:

I CANNOT WAIT TO WATCH IT. Looks like they have a Kickstarter that ends this Monday! So if you’re a fan, donate to the cause to help them with their post-production and distribution costs and get some goodies too! 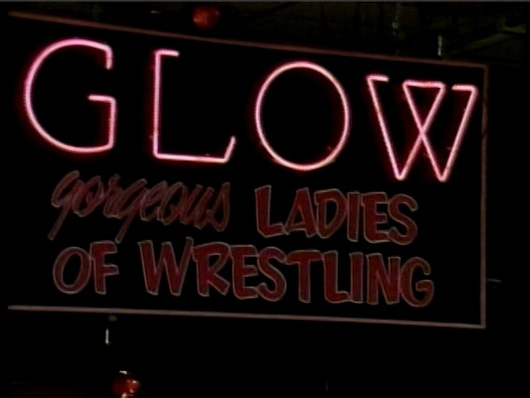 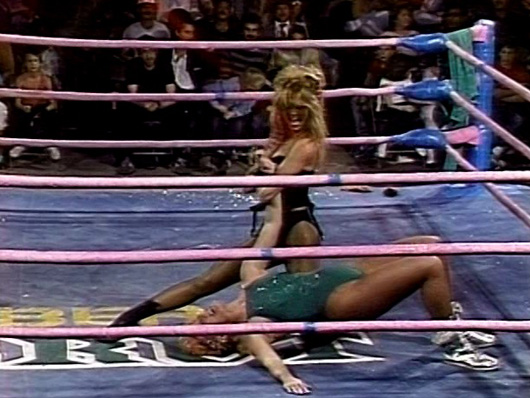 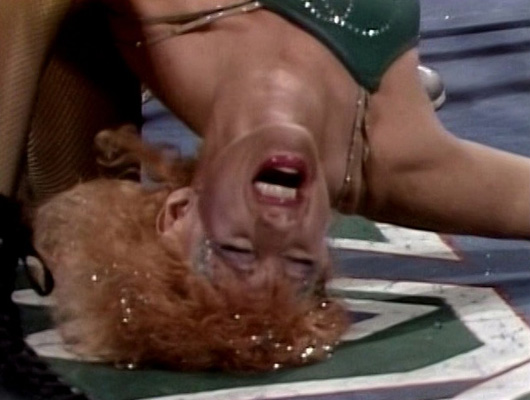 Some of the names were so good. Babe The Farmer’s Daughter. Brunhilda. The Heavy Metal Sisters: Spike and Chainsaw. GREMLINA!!!!! You know I die for that one. One of my favorites was “Hollywood.”

I wanted that pink glittery streak in my hair so bad. 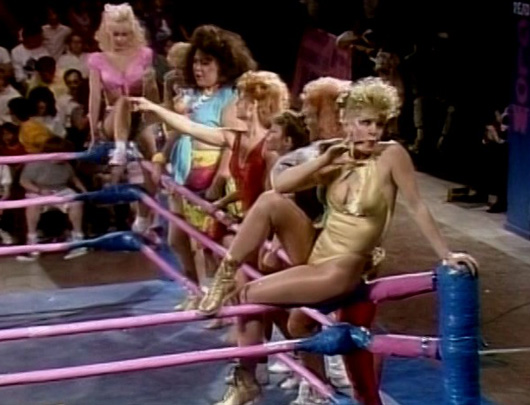 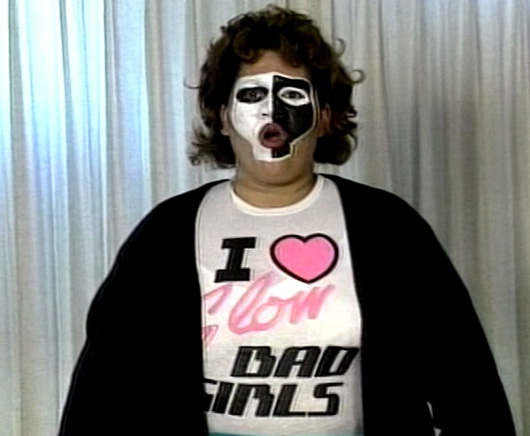 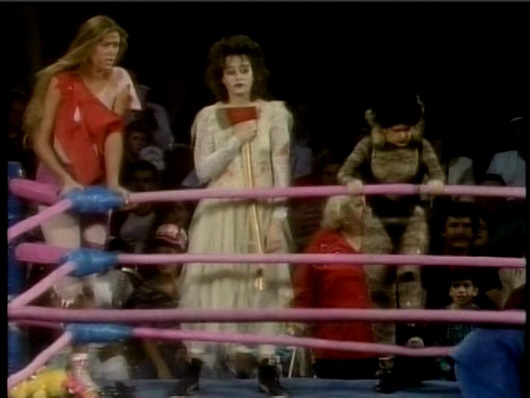 EDIT: RED ALERT RED ALERT: Bradford, one of the dudes who created the documentary just told me that Jackie was NOT a co-founder but brought on as a manager to the Good Girls. Thanks for clearing that up Bradford and giving me a reason to sneak this picture in. Really into that font too btw. 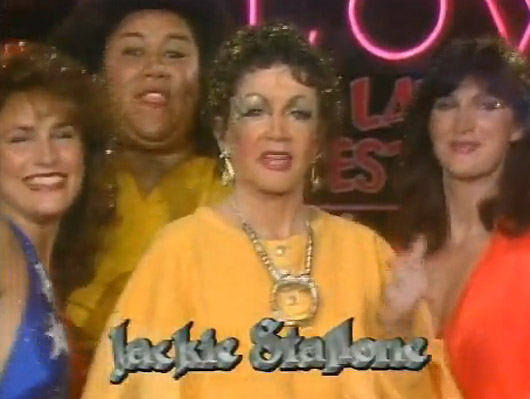