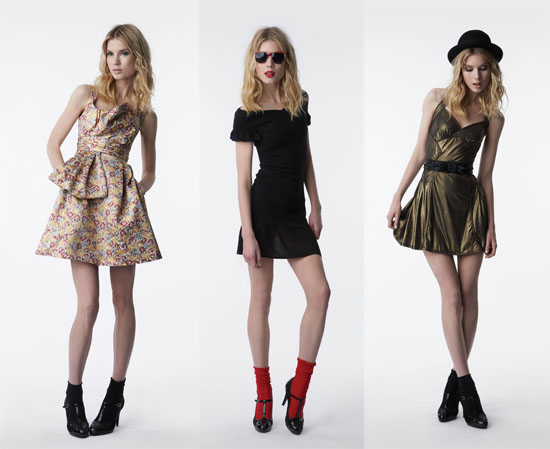 Okay ladies..in two weeks Zac Posen for Target will be UNLEASHED!!!!! You may have noticed I skipped talking about Gaultier for Target on here because BETCH PLE, that meant NUTHIN’ to me. But I have been waiting in the shadows and twiddling my fingers for Zac. MY PRESHIS. I am scheduling that weekend to make sure I am not hungover slash lazy or stuck somewhere that is far from a Target ( FYI to my hangout crew for that weekend. Thankfully that Kid Sister show is on Friday.) NOW…let’s talk about this collection. Pretty cute right? 80’s prom he says? You know that’s my shit. I like that lipstick tank top. And you know if I was going to a quince or a hoedown anytime soon, I’d get that red ruffled number.

And now my top two favorites… 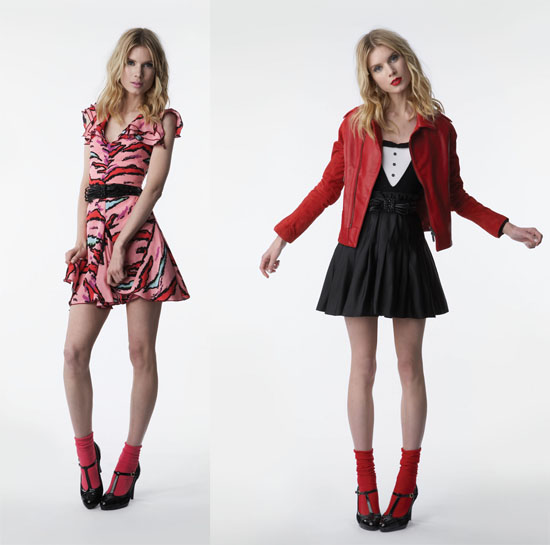 I DIE FOR THAT TIGER PRINT DRESS!!!!! Maybe ’cause it reminds me of Betsey Johnson. It’s so colorful and FUN and a mood-lifter. Also that red leather jacket!!! And that tuxedo top…but it’s a bodysuit and although I like how some of my sistas look sporting those, I cannot. It reminds me of seventh grade when my chi-chis were barely growing and some cholo talked shit about them. To my face. HE TALKED SHIT ABOUT MY BEWBS TO MY FACE MEAN! I’ll probably try it on anyway but I also can’t handle the thought of me doing some sort of Sally O’ Malley high-kick and the crotch unsnapping like a boomerang and hitting me in the eye. UGH THE SLAPSTICK LIFE!

Here’s a cute video of the collection in action featuring the all-girl band The Like, directed by Gia Coppola.

I really hope that tiger print dress isn’t a disappointment. You know what I say about falling in lust over the internet. Sometimes things are just not what they seem. Dear gawd, it better not be like that one time in the early Myspace days of 2004, when I was flirting with some buff hunk who had pictures of his six-pack, which distracted me from noticing he had no smiling photos…then when we went on a date I found out he had Steve Buscemi teeth!!! NO OFFENSE BUT I JUST CANNOT. I’m sorry. Assholia over here. TRICKS ON ME I GUESS. SIGH.

On The Search For The Perfect Retro Bathing Suit: Part 3